We arrived in Vilnius as it was getting dark, around 9pm, and as usual we were able to walk to our accommodations. This was our one non-AirBnB stay, in a hotel called Domus Maria, formerly a Carmelite monastery; the monk's rooms have been converted to guest rooms.


As in all the Baltic capitals, we enjoyed a great free (donation-only) walking tour led by Milda, another young Balt with great English and a friendly affect. 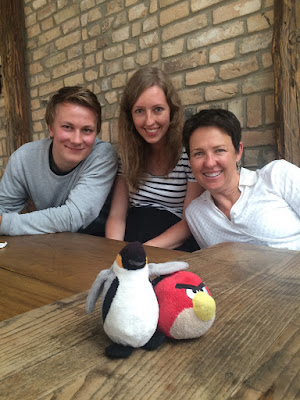 One of the tour highlights was Uzupis, a sort of bohemian enclave within Vilnius that has declared itself a separate state with its own whimsical Constitution. It's a cute tangle of weird art, coffeeshops, and galleries, whose "laws" include things like mandatory smiling. It's earnest and innocent, the way I imagine bohemian enclaves in US cities might have been before the seventies—earnestly funky without the gritty. (At least no gritty that we saw.)

Even Vilnius's former mayor got into the spirit of things—in 2012, as part of his tough stance against illegally-parked cars blocking bicycle lanes, he rolled over an illegal parked vehicle with a tank. 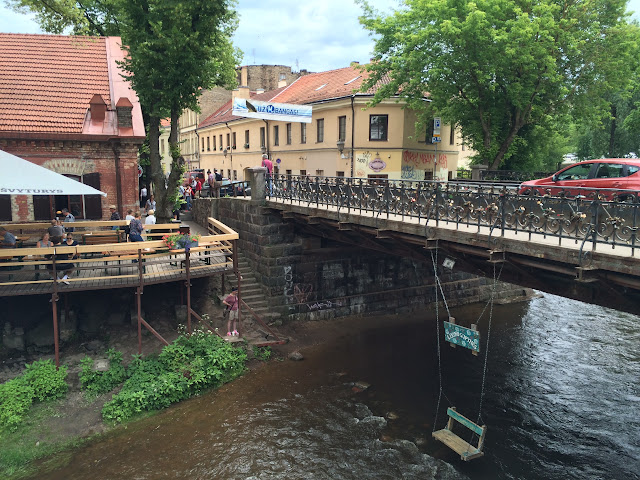 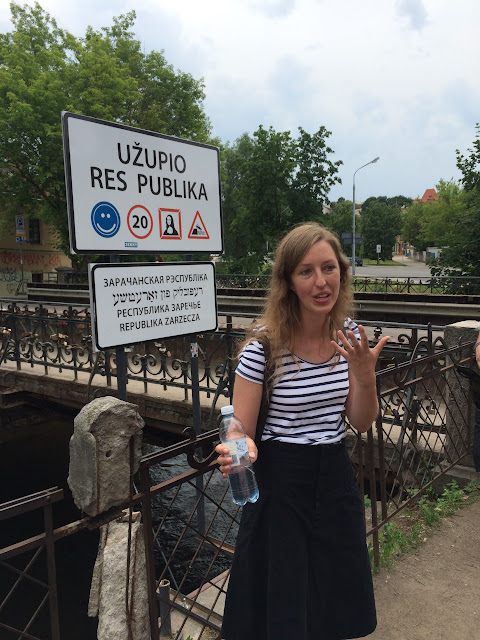 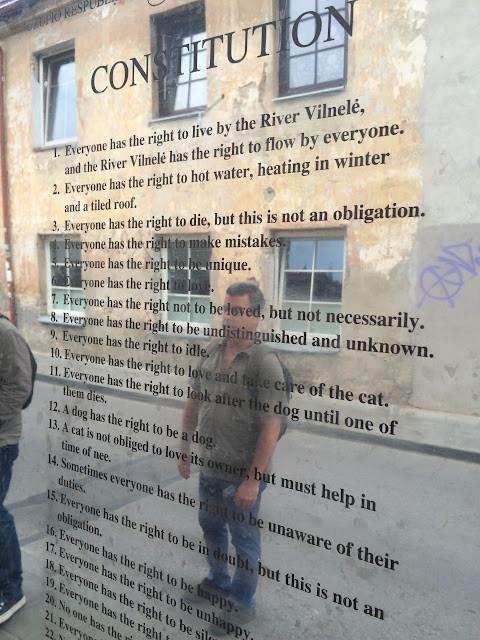 After the tour we joined our tour guide for a very international lunch—our tour group encompassed the USA, Germany, Croatia, Finland, Argentina, plus of course our Lithuanian tour guide. We had a great traditional lunch and swapped travel stories. 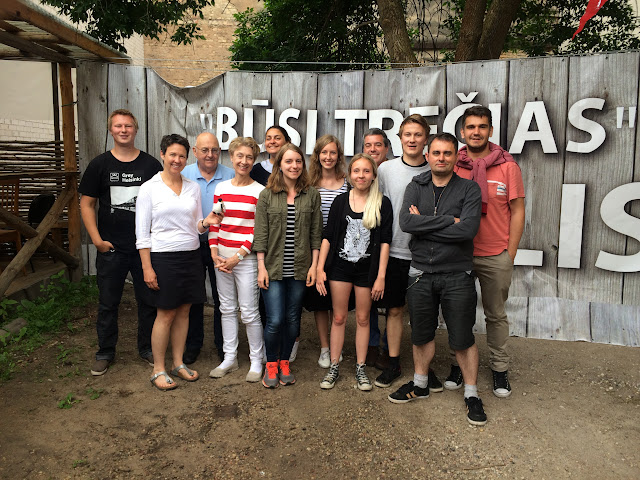 I wanted to make sure to see the University of Vilnius, which, though small, is architecturally interesting because of the range of styles spanned by its courtyard-oriented footprint. I did manage to acquire a T-shirt from its bookstore, and we checked out the very creepy murals in the Humanities buildings. ("Joy is but the shadow pain casts.") 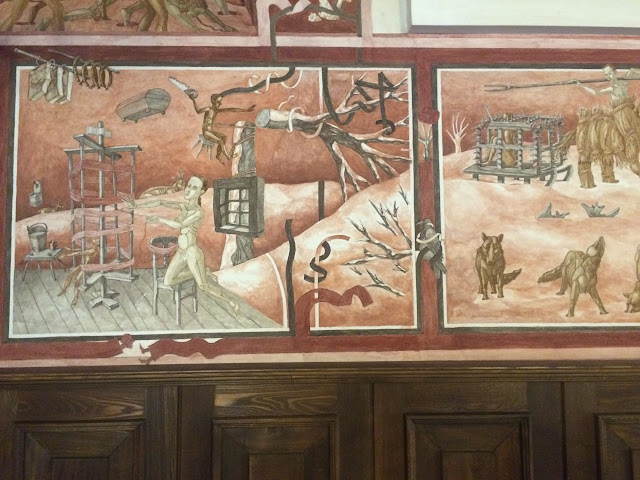 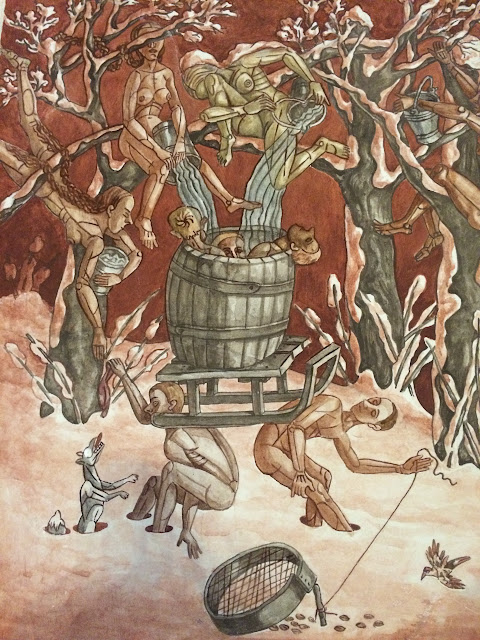 We also managed to climb to the top of its belfry, whose interior construction looks like it was done by children with Tinkertoys, but does afford a nice panorama of Vilnius. 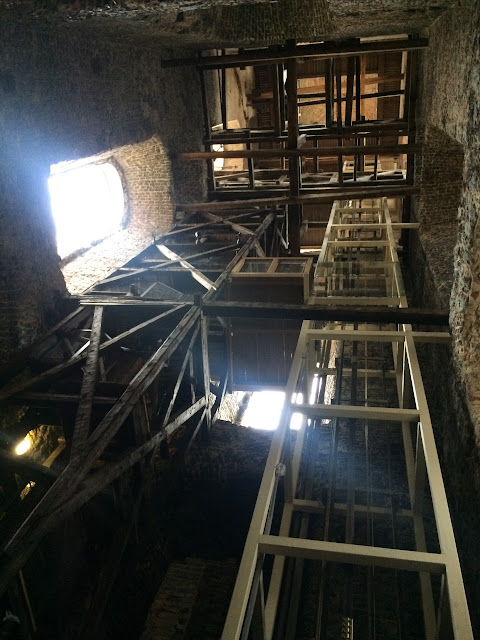 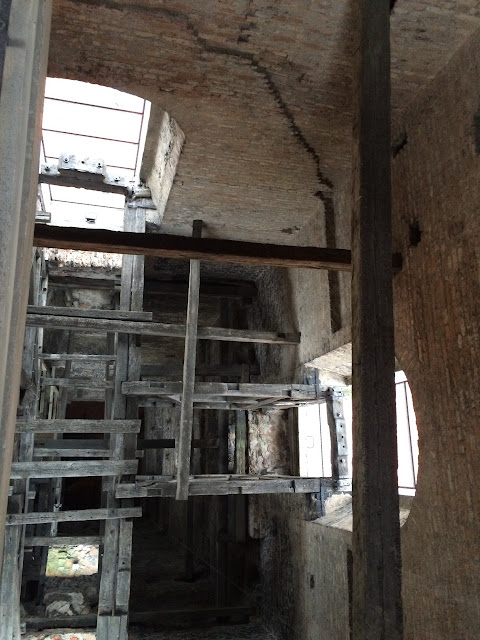 That evening we met up with Vita Reinys at Senoji Trobele, a very traditional Lithuanian restaurant. You know it's traditional because every dish is painstakingly explained—they're clearly very into what they do. And it really was a great meal.
No one knows if Vita is related to Tonia's family or not; they know no common relatives, but the name is sufficiently uncommon that it seems they must share one if you go back far enough. Vita actually grew up in Chicago in a Lithuanian neighborhood (so grew up speaking the language), and after several years of being burned out from nursing, she decided to reboot her life and thought hey, why not move to Lithuania? So here she is, and several years later she has been adjusting well, but it was amusing the first time we met her to hear straight-ahead American English with a Chicago twang. 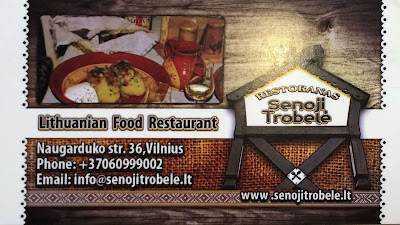 The next day our plan was to spend a half-day in Vilnius, then pick up our rental car at the airport and do a leisurely drive to our next and final destination, the town of Nida on the Curonian Spit. Our car pickup was at the airport, and since the timing of trains to the airport was such that we had 45 minutes to spare, we visited the small but interesting Lithuanian Railway Museum, which uses some maintenance tracks alongside the Vilnius train station. We saw vintage (including Soviet-era) Lithuanian Railways rolling stock and locomotives, and even got to hand-operate one of those track-inspection carts you see in cartoons all the time! 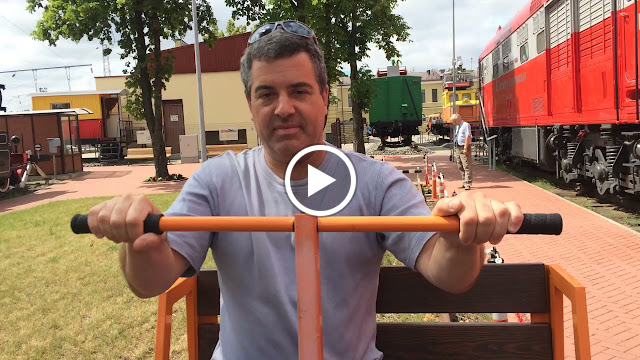 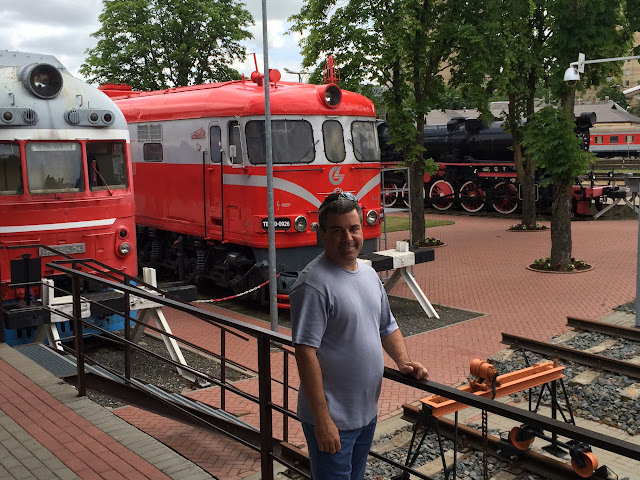 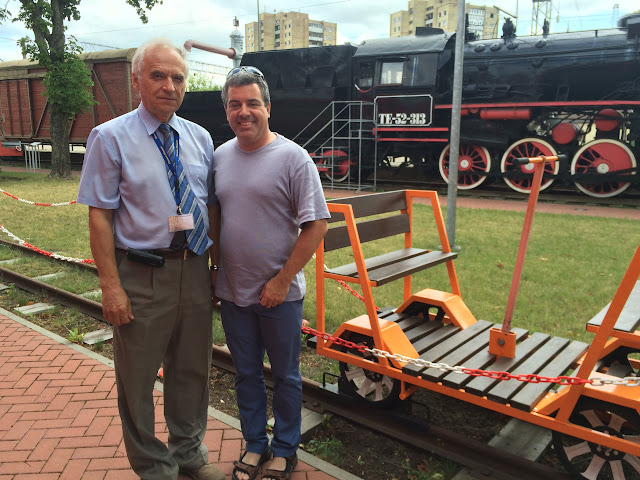 It looked to be about a 4.5 hour drive

The boring drive to the Curonian Spit

Next: the Curonian Spit and Joninés

Benefits of BetMGM Casino App - Deccasino
BetMGM Casino is a 제왕 카지노 free mobile casino that offers a generous welcome bonus. There are no deposit bonus kadangpintar features or bonus code requirements at 메리트카지노 the