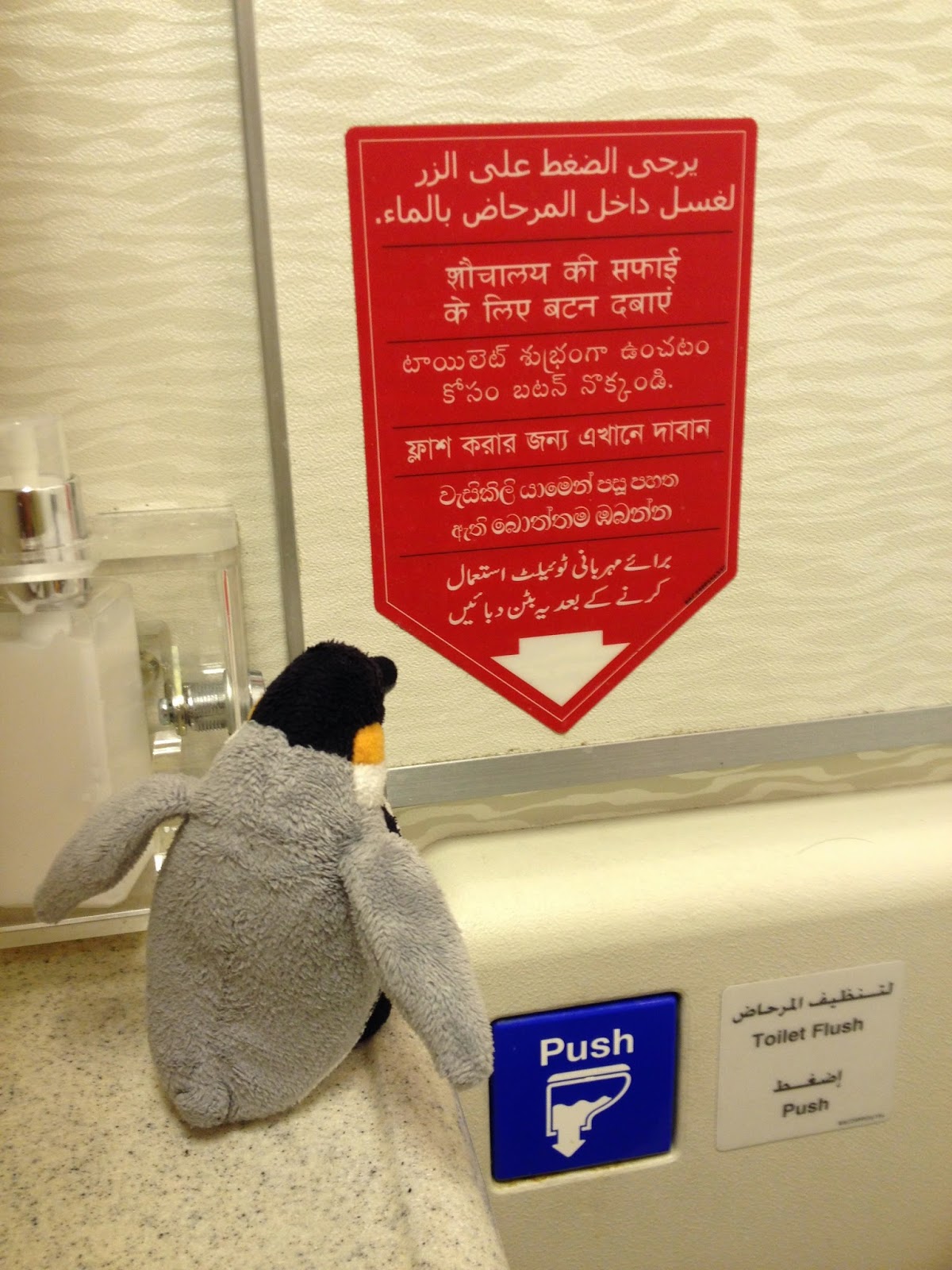 Penguin and I had generally uneventful flights from SFO to Dubai and thence to Hyderabad.

The flight from SFO to Dubai is the longest single commercial flight segment in existence at 15.5 hours.  The departure lounge looks more western than I expected; a few people of Middle Eastern-looking descent, though many of them displaying US passports; a few saris, so I guess I'm not the only one connecting there to India; and maybe a dozen or so women with headscarves.  (No burqas.)

It was a fine flight even though I was in coach--Emirates' coach section is like Virgin's, and those happy lozenges really work.


Penguin woke up as we were on final approach for DBX.  He thought we were in Dallas, because it's dry, there's lots of sprawl, and the landscape is everywhere bisected by six-lane-each-way freeways with cloverleaf interchanges the size of several city blocks.  You can see completed developments (ranging from bulky homogeneous condos to McMansions) as well as developments whose streets have been traced but no other work done.  They are following the sprawl formula to the letter, except that the cloverleafs are unbelievably enormous--the triumph of the car here is complete (although apparently there's an ultramodern Metro from the airport to the city).

Dubai's ultramodern airport reminds me of SFO terminal 2, except with prayer rooms instead of a yoga room.  Penguin wanted to get a picture in the prayer room but I convinced him it was probably inappropriate.

At 8:40pm, the muezzin chanted prayer time over the airport loudspeakers.  OK, now we're not in Texas anymore.  No one at my gate reacted, but I assume that's because those who would be serious about this were already in the prayer rooms.

(A nice thing about flying to India via the Arabian Peninsula is all the inflight food is really good.  My inflight  meals were a vegetable masala on flight 1 and a vegetable paneer curry on flight 2.  Other alternatives would have been lamb or chicken.) 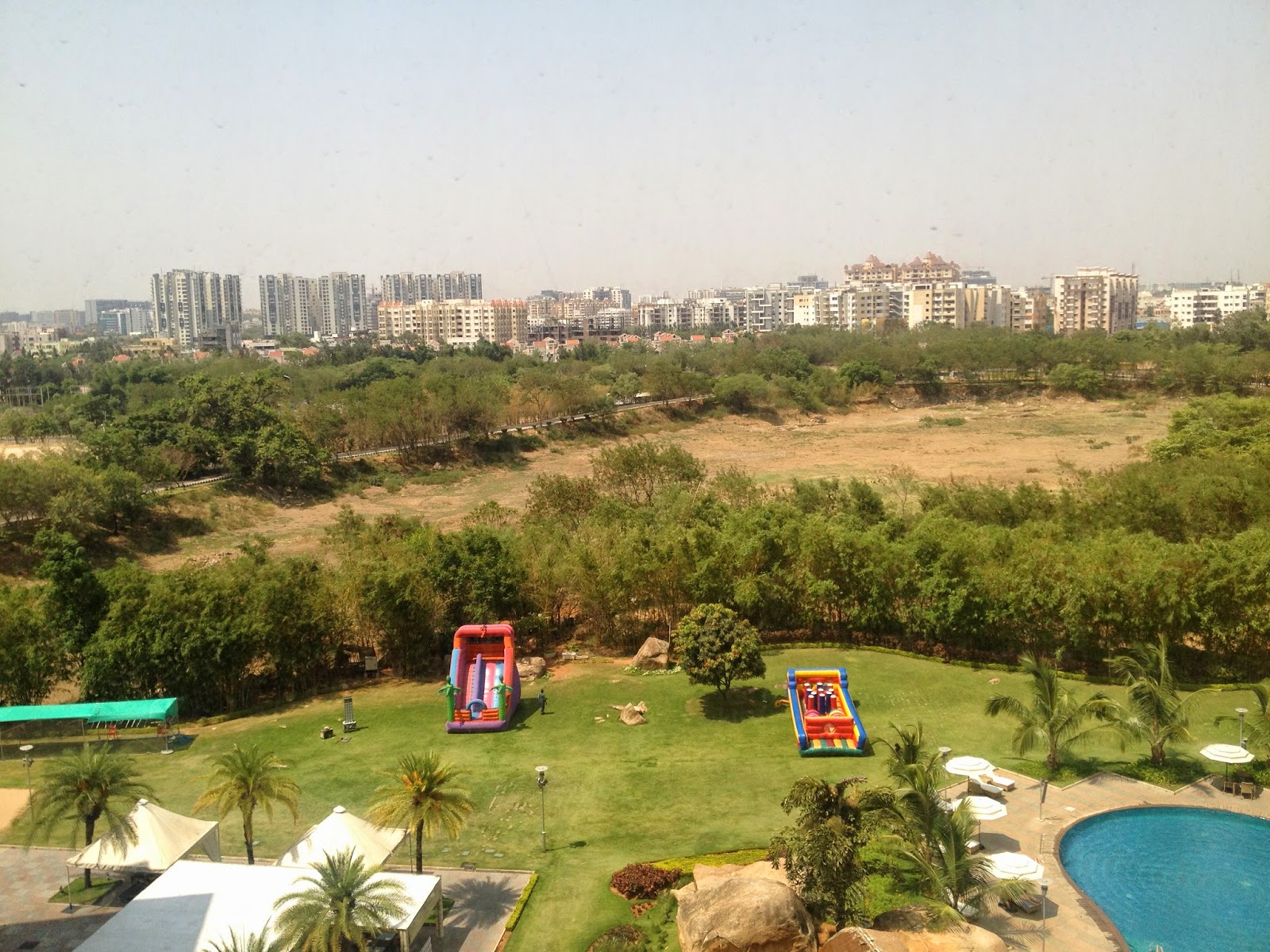 There was severe weather at Hyderabad airport, with an approach so rough that the pilot pulled up and said we'd be in a holding pattern until the weather moved away from the airport.  In all it took 3 attempts and a 30-minute delay to finally land (smoothly).  The conference organizers had thoughtfully setup a welcome desk at the airport for clueless international travelers; the two student volunteers who had drawn the "night shift" manning that desk woke up bleary-eyed when our 3am flight came in, so it was easy to get a taxi to my hotel.

The conference center and hotel grounds ("Hitec City") are kind of an enclave: you can't really walk anywhere from here.  Also, the interesting part of Hyderabad is the old city, which is pretty far from here.  This evening I have a tour of some part of it, so I'll send pictures from that.

The breakfast buffet is like Hong Kong--very international, including lots of tasty Indian food.  I'd never had coffee accompanied by idli sambar, by little fried dough things with ginger chutney, "crispy bacon" (English style), and so on.  And of course some Raisin Bran for...you know.

Penguin says it's time for a nap (while I work, of course).  Next entry will hopefully have some photos from Hyderabad old town. 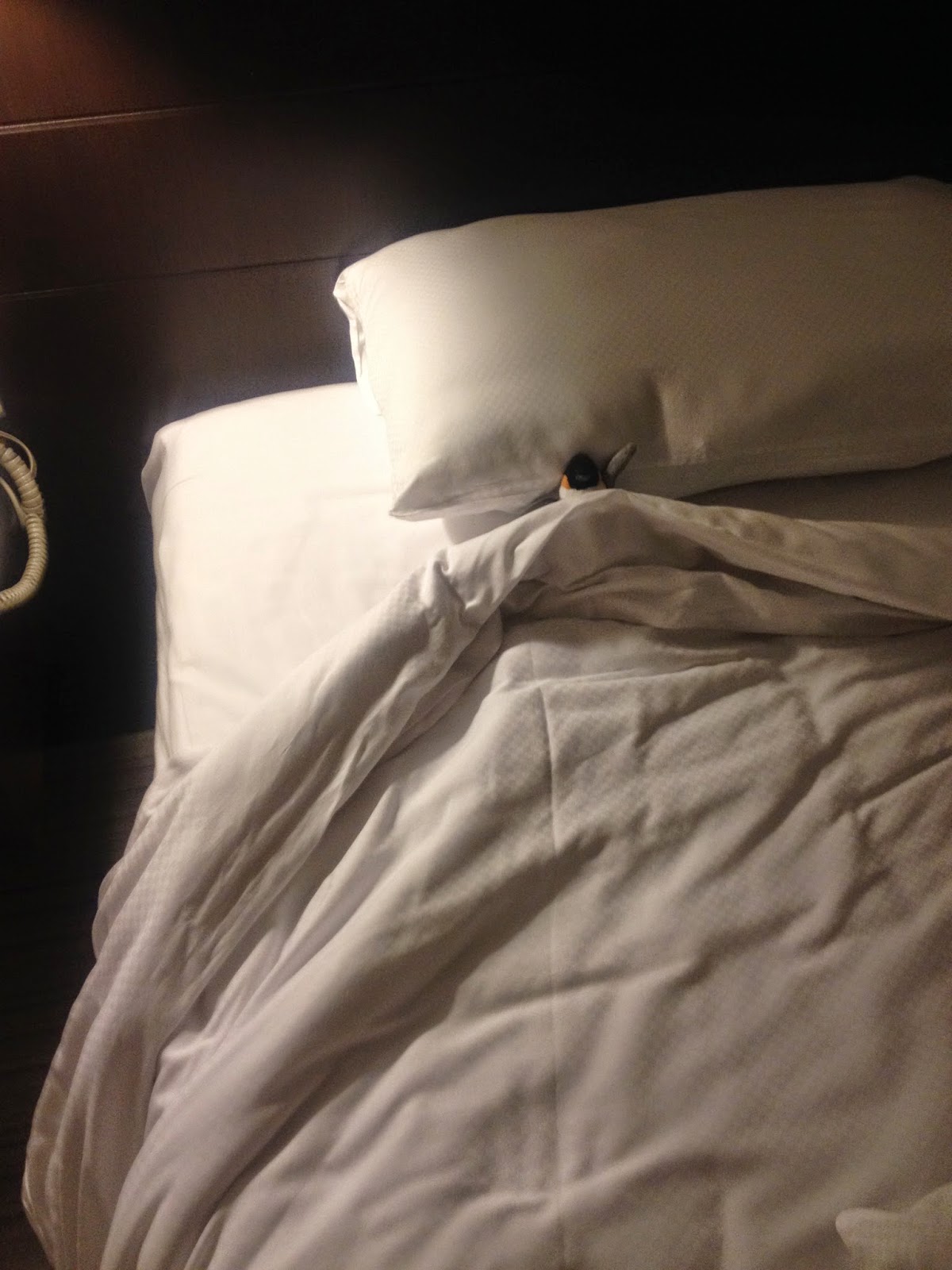